Frenchy and the Punk 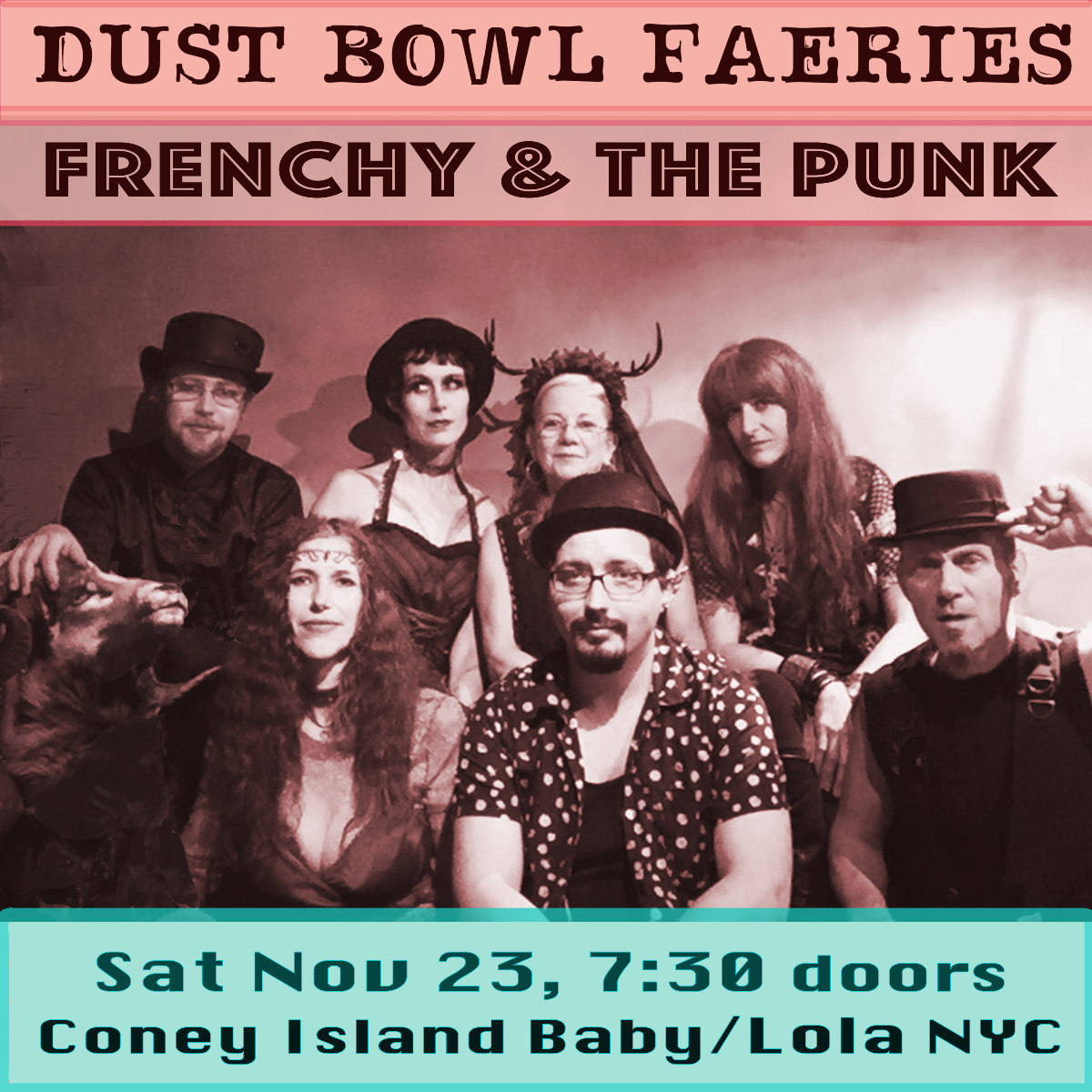 Artists
Frenchy and the Punk 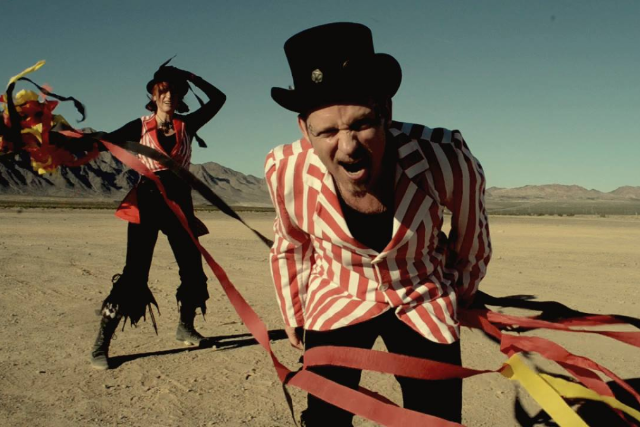 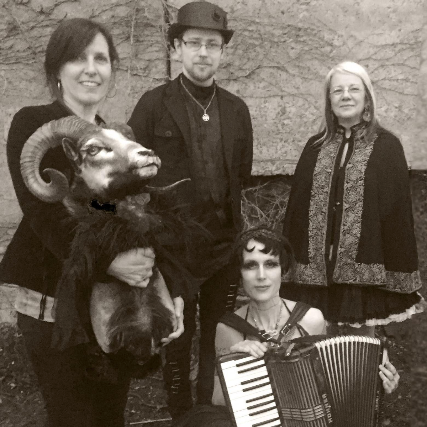 "A Dust Bowl Faeries concert is something like a deep, dark, mystical musical tragi-comedy, often centered around extinct or endangered members of the animal kingdom" Greg Haymes/Nippertown

"Cooley, a captivating performer, seems to be almost floating outward toward the audience, temporarily evacuating her corporeal space so the souls of extinct beasts have room in the vessel of her body to fill as she sings them forth" Alexa Chase, Seat of Perception

DUST BOWL FAERIES is an ethereal dark-carnival ensemble. The unique compositions of Dust Bowl Faeries have roots in Gypsy, klezmer, Folk and Cabaret music. Accordion, singing saw, ukulele, lap ­steel guitar and percussion combine to create the Dust Bowl Faeries’ otherworldly sound. The band was founded by artist­-musician Ryder Cooley. Ryder is joined by Rubi LaRue, JoAnn Stevelos, Aaron Martin & Jon B. Woodin, Hazel, a disembodied taxidermy ram, performs with the Dust Bowl Fairies as their mascot-spirit animal. The Dust Bowl Faeries released their debut album in March of 2016 featuring guest musicians Tommy Stinson (Replacements), Melora Creager (Rasputina), Cameron Melville, Luis Mojica, Fredo Viola, Pete Toigo & Elric Walker. A selection of songs from the album will be re-released as a Remix EP in January 2018 by producer Floyd Fisher of upstatebrooklyn.com The Dust Bowl Faeries album has been described as: ‘a song cycle that leads listeners through darkness and light, from dream-pop to drone-rock, from girl-group harmonies to Velvet Underground-like textures, from the Arctic and into the forests, up the Hudson River on a steam-punk voyage to the psychedelic Gypsy cabarets of futures past, from cutting-edge electronica to wispy neo-folk tunes, and to netherworlds beyond’ (S. Rogavoy, producer).